The Advisory Board (the Jail Officer Training Examination Board) will review and approve your application for the certifications.

Larry Amerson is in his fifth term as Sheriff of Calhoun County and has been in the law enforcement/public safety field for 37 years. He graduated from Jacksonville State University in 1975 where he earned a B.S. degree in law enforcement.
He was hired at the Sheriff’s Office upon graduation. His 14-year career as a Deputy included working in the jail, as a patrol Deputy and Investigator. In 1988 he was hired to be Administrator of Calhoun County’s new Enhanced 9-1-1 system.
In 1994 he became a candidate for Sheriff and campaigned on a platform of improving and modernizing all operations of the Sheriff’s Office. After being elected, he guided his staff through an agency-wide improvement process. Patrol operations, investigations, jail operations, training and records were completely evaluated and upgraded.
Sheriff Amerson has served as President of the Alabama Sheriff’s Association and Board member with the National Sheriff’s Association. He is currently 1st Vice President and will become President in June 2012.  He serves as the Chairman of the NSI, Education and Training Committee, Vice Chairman of the Court Security Committee, a member of the Pegasus Advisory Board, the Endorsements/Marketing Committee and Ethics, Standards and Accreditation Committee.  He is a graduate of the National Sheriffs Institute and has served as a mentor for another class.
He served eight years as a member of the National Law Enforcement and Correctional Technology Center-Southeast Advisory Committee, working groups and is a past member of the F.B.I. Criminal Justice Information System’s Southern Working Group.  He was on the state and local law enforcement advisory council of the Federal Law Enforcement Training Center and has been an instructor for the Law Enforcement Response to Terrorism at the Center for Domestic Preparedness.  He is a long-standing member of the Alabama Mutual Aid Task Force Committee.
He is a strong advocate for improving technology for all law enforcement agencies and advancing information sharing efforts. Under Sheriff Amerson’s leadership, his office has made it a policy to share information with other local law enforcement agencies to improve crime-fighting efforts.  He intends to focus his efforts as President of NSA working to make NSA the premier source for high quality jail officer training and seeking new ways to share information among all law enforcement agencies. 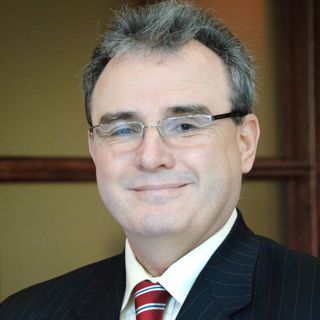 Steve Casey was appointed as Executive Director of the Florida Sheriffs Association in February 2010. Prior to his appointment he served as the FSA Assistant Executive Director for Operations. He retired from law enforcement in June 2009 after thirty years of service working at the city, county and state level.

He is currently, a member of the National Sheriffs Association, The International Association of Chiefs of Police, Florida Chapter of the FBI National Academy, and the Tallahassee Committee of Ninety-Nine, and Past Master of Dade Lodge #14, Free and Accepted Mason and a member of the Scottish Rite of Florida.

Steve received a master’s degree in management from Troy University and is a graduate of the FBI National Academy and the Harvard University Senior Executive Program for State and Local Government and the Florida Criminal Justice Executive Institute, Chief Executive Seminar #41. 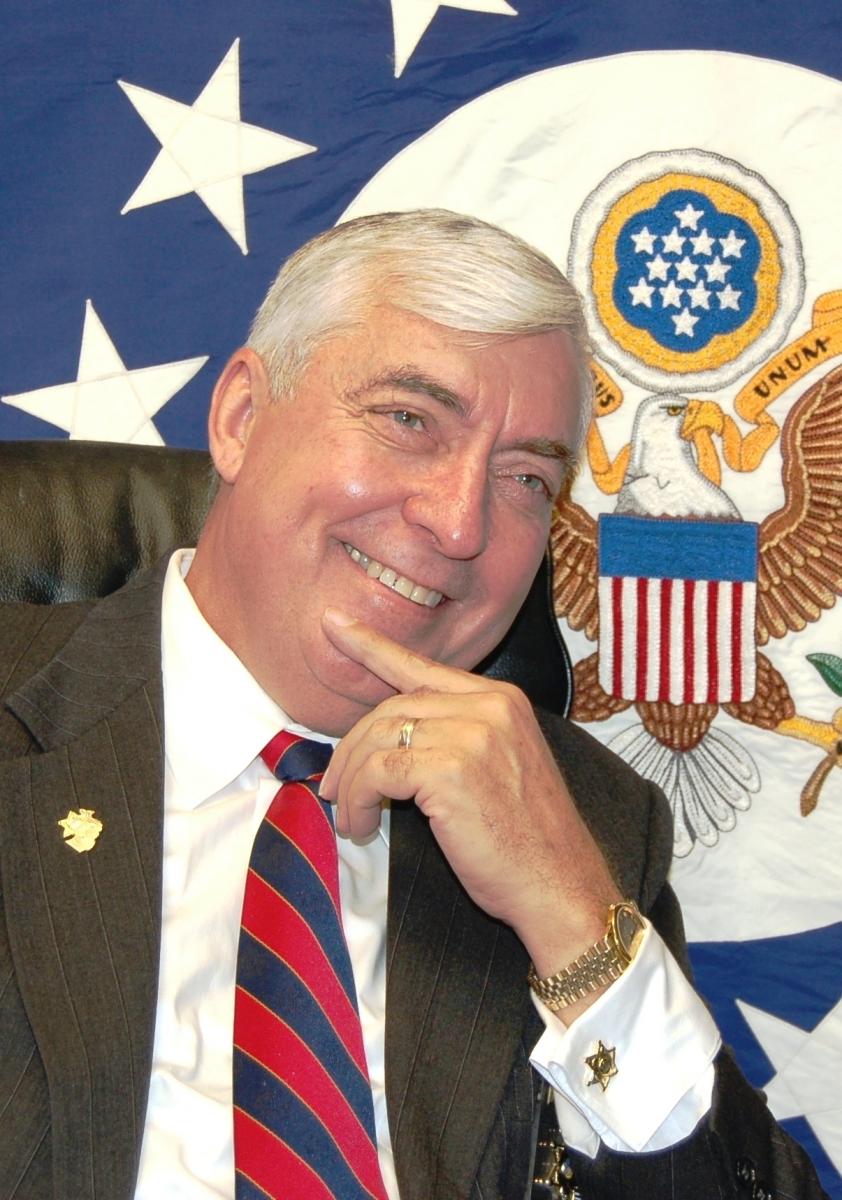 Sheriff Jungel has worked for local and state government and spent the first 25 years of his career serving the citizens of Ionia County. In 1984 Jungel was elected to and served as Sheriff of Ionia County for the next 13 years. As testament to Sheriff Jungel’s leadership ability, he ran unopposed in each of the three subsequent elections. While Sheriff, he was also active in the Michigan Sheriffs’ Association as a member of the Board of Directors and eventually as President in 1995-1996.

Sheriff Jungel holds dual Bachelor Degrees in Organizational Development and Management of Human Resources from Spring Arbor University. He is also a graduate of the prestigious FBI National Academy in Quantico, Virginia

As CEO/Executive Director, Sheriff Jungel was responsible for the day to day operations of the Michigan Sheriffs’ Association, as well as maintaining working relationships with the Governor, Attorney General, Secretary of State, legislature and various state departments.

In recognition of his many years of service to the Michigan Sheriffs’ Association, The Terrence L. Jungel Sheriff of the Year Award was initiated in his honor to be given to a Michigan Sheriff each year beginning in 2017.

Since February 2009, Stephen Luce has served as the Executive Director for the Indiana Sheriffs Association.
2010 Chair of the Indiana Sheriffs' Association Sex Offender Registry Committee.
Secretary for the National Sheriff s Association.
State Executive Directors and Presidents Committee.
Appointed by Governor Mitch Daniels to The Indiana Criminal Sentencing Reinvestment Project Team.
Appointed by Governor Daniels to the Indiana Domestic Violence State Advisory Board.
Indiana American Legion Lewis Schmidt Law Officer of the Year award (2006).
Sagamore of the The Wabash Award (2007).
Distinguished Hoosier Award (2007).
Indiana Veterans of Foreign Wars Law Officer of the Year Award (2008).
In 1985, Luce began his career in the Knox County Work Release Program as a supervisor of the work release program. In 1990 he was hired on to the Vincennes Police Department as a Patrolman working much of his time as a School Liaison Officer. In 1997 he was appointed as a Deputy with the Knox County Police Department and was elected as the Knox County Sheriff in 2002. During his term as the Knox County Sheriff, Luce served on the board of directors for the Indiana Sheriffs Association and was appointed president of the association. In 2007, he was also appointed by Indiana Governor Mitch Daniels to the Indiana Juvenile Justice Advisory Board. Luce graduated from the Indiana Law Enforcement Academy, in June of 1990 after studying at Indiana University, Hanover College and Murray State University. 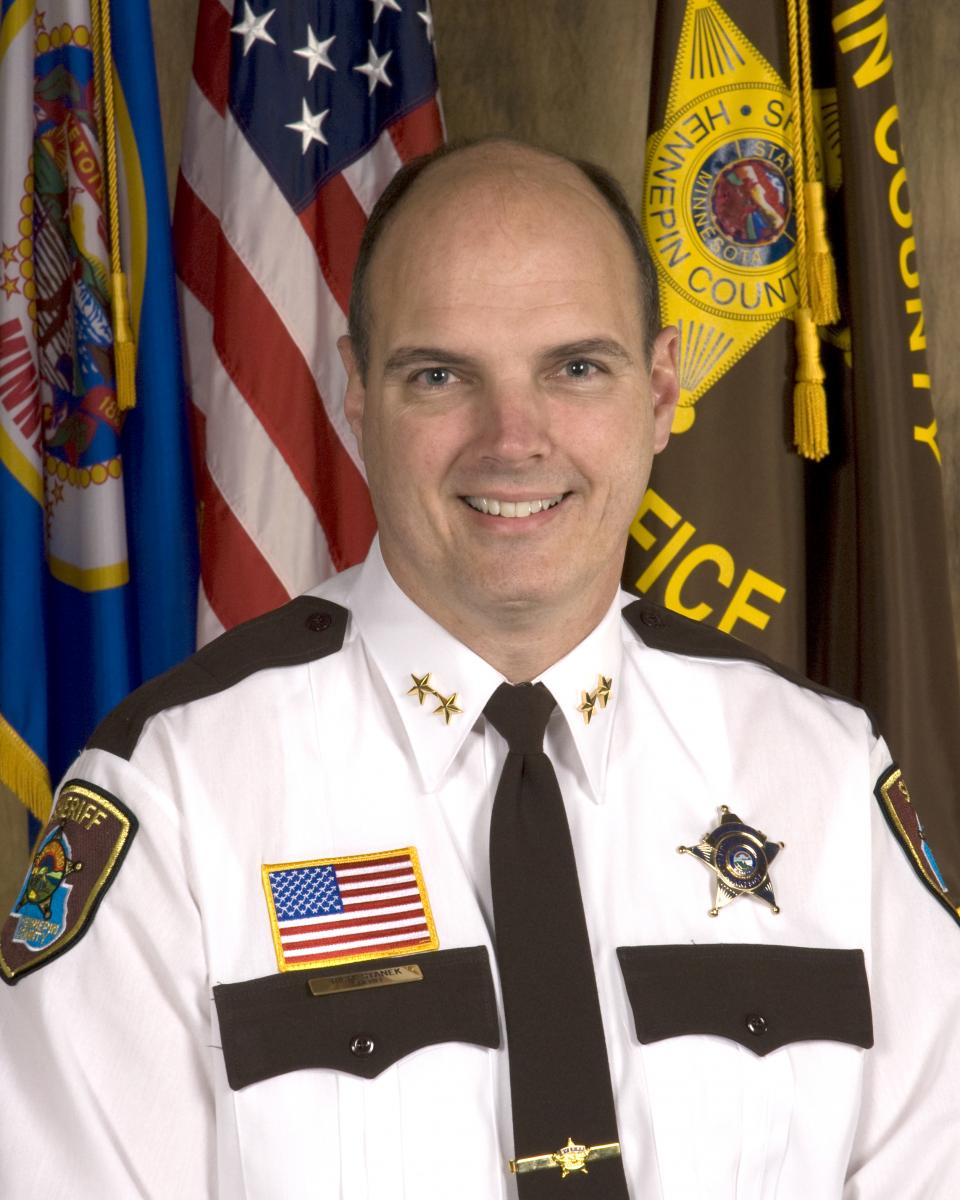 Sheriff Richard W. Stanek is the 27th Sheriff of Hennepin County Minnesota’s largest county, with 1.3 million residents (roughly ¼ of the State’s population).  He was first sworn in on January 1, 2007, and was re-elected in 2010.
A 28-year veteran of law enforcement, Stanek began his career in the Minneapolis Police Department; he rose through the ranks from Patrol Officer, Detective, Precinct Commander, to Commander of Criminal Investigations.
While a police officer, Stanek was elected five times to the Minnesota House of Representatives; he chaired the House Crime Policy & Finance Committee, and authored Minnesota’s Felony DWI law, Minnesota’s standards for DNA collection for predatory offenders, and Minnesota’s Homeland Security Act of 2002. In 2003, he was appointed by the Governor as Commissioner of Public Safety & Director of Homeland Security.
Sheriff Stanek serves on several national boards: Homeland Security’s Interagency Threat Assessment and Coordination Group (ITACG) (created by Executive Order, allowing the sharing of terrorism-related information), and the Criminal Intelligence Coordinating Council (CICC), advising the U.S. Attorney General and U.S. Department of Homeland Security.  In January, 2012, Stanek began a two-year term as President of the Major County Sheriffs’ Association (MCSA). He serves on the Board of Directors for the National Sheriffs’ Association (NSA) and co-chairs the NSA Homeland Security Committee, as well as being active in the International Association of Chiefs of Police (IACP).
Sheriff Stanek has been a featured speaker at national public safety conferences on topics including: intelligence-led policing, countering violent extremism, crime policy, and managing disaster recovery; he recently served on faculty at the National Critical Incident Management Conference, and the National Emergency Managers Association.  He is author of Inside the Minds: Immigration Insights, published by Aspatore Books, 2011.
Sheriff Stanek earned a Criminal Justice Degree from the University of Minnesota, and a Master’s Degree in Public Administration from Hamline University. He completed training at the National Sheriffs’ Institute, the FBI’s National Executive Institute (NEI) and Leadership in Counter-Terrorism (LinCT), and the U.S. Army War College, National Security Seminar, 57th Session.
Dedicated to working with at-risk youth, Stanek serves on boards for the Boys & Girls Clubs of the Twin Cities, and TreeHouse; in 2007 he founded the Hennepin County Sheriff Foundation, which sponsors at-risk youth, and Hennepin County Special Deputies (Volunteers).
Born and raised in northeast Minneapolis, Sheriff Stanek is a lifelong resident of Hennepin County. He lives in Maple Grove with his wife and their two children.