In this course the officer will learn effective defensive tactic methods developed from the Krav Haganah modern martial art style. The Krav Haganah techniques conform with the Use of Force Continuum structure. The students will be able to better deal with various hand to hand confrontations.

The techniques taught in this course will enable the officers  to conduct effective suspect control duties as well as defend themselves against various levels of threats. 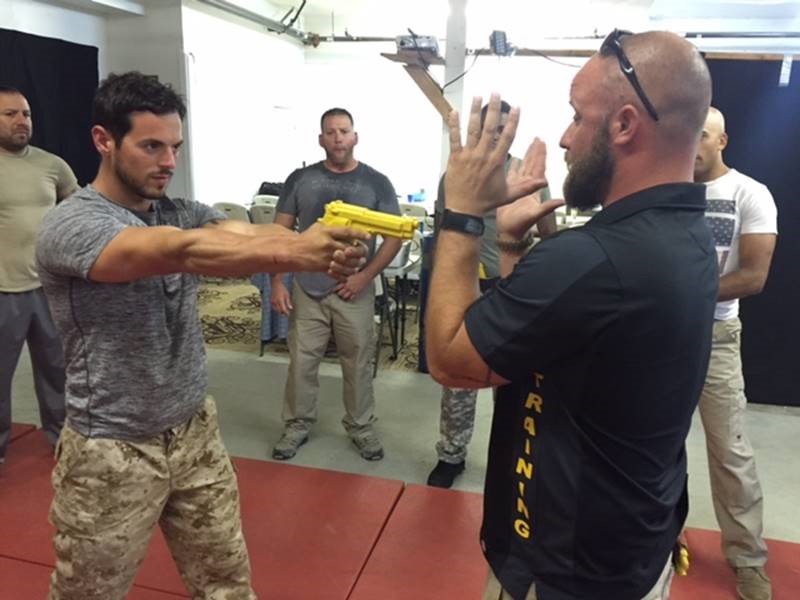 The students will perform the techniques in the following setup

At the end of the course, each student will have to pass a combined defensive tactics test in order to demonstrate proficiencies in the techniques learned throughout this course.