The National Sheriffs' Association is a non-profit organization dedicated to raising the level of professionalism among those in the law enforcement field. NSA is a key player in shaping national policy on critical criminal justice and homeland security issues important to the nation's sheriffs, deputies and police in the halls of Congress, US Courts and at the White House. 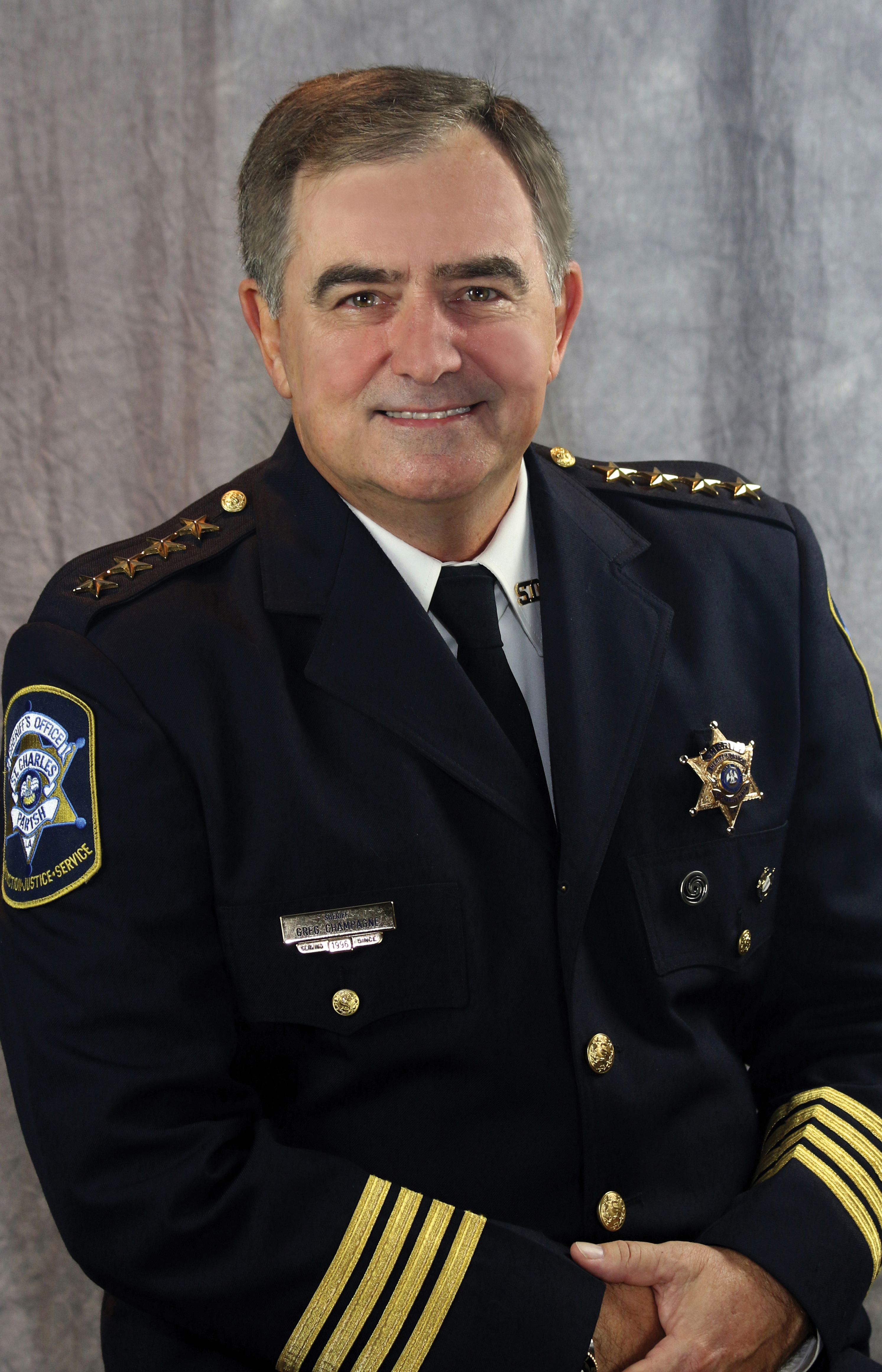 Sheriff Greg Champagne was sworn in as the 83nd President of the National Sheriffs' Association on January 26, 2023.

Sheriff Greg Champagne was born and raised in St. Charles Parish. He is a graduate of Hahnville High School (Class of 1975) and earned a B.A. in Government from Nicholls State University in 1979. Upon graduation, Greg was named to the Nicholls State University Hall of Fame and subsequently one of its "Outstanding Alumni". He went on to receive his law degree from The Louisiana State University Law Center in 1982. He served as an assistant district attorney in St. Charles Parish for nearly 14 years and earned a reputation as being a ”tough but fair” prosecutor with a 94% conviction rate.

Greg Champagne was elected Sheriff of St. Charles Parish in 1995 by a large majority of the vote in the primary election. He was re-elected in 1999 without opposition and again in 2003, when he received over 81% percent of the vote. In of 2007 Sheriff Champagne was again re-elected with over 83% of the vote. He was subsequently re-elected in both 2011 and 2015 without opposition. He is only the second St. Charles Parish Sheriff in the agency’s 200 year history to garner a sixth term.

He was selected as "Louisiana Sheriff of the Year" in 2003 by the Louisiana Crime Victim's Coalition.

In addition to his formal education, Sheriff Champagne has attended two prestigious training programs at the F.B.I. Academy in Quantico, Virginia namely - the FBI’s Law Institute for Prosecutors and subsequently from the FBI's Law Enforcement Executive Development Program. He has attended numerous training programs during his thirty-three year law enforcement career.  He has also represented the National Sheriff's Association at two international counter-terrorism programs in both Israel and England, which focused on the detection and prevention of terrorism.

The Sheriff serves as a member of the Louisiana State Law Institute’s Committee on Criminal Justice, which recommends changes in criminal law to the Louisiana Legislature. He is a certified P.O.S.T. instructor at the St. Charles Parish Sheriff's Office Training Academy. Sheriff Champagne is a member of the United States Eastern District of Louisiana Joint Terrorism Task Force Executive Board formed by the F.B.I. (New Orleans Office) and maintains a top secret security clearance by the F.B.I. He is a former advisory board member of The I.T.T. Technical College in St. Rose, Louisiana as an expert in the field of Criminal Justice. He also represents Louisiana Sheriffs, Louisiana State Police and Louisiana Chiefs of Police on the Louisiana Property and Casualty Insurance Commission. Sheriff Champagne was also appointed by Louisiana Supreme Court Justice Kitty Kimball to represent Sheriffs on the Louisiana Supreme Court's Court Security Task Force. Governor Bobby Jindal appointed Sheriff Champagne to the Louisiana Commission on Law Enforcement in 2012.

The Sheriff is very active in our community. He has been a long time member and past-president of the Rotary Club of St. Charles Parish, a member of Holy Family Catholic Church, and a member of Knights of Columbus Council 2409. He served for 10 years as a H.O.S.T. Mentor with The St. Charles Parish Public School District. Sheriff Champagne also is an accomplished trumpet player and has been a member of both the St. Charles Parish Community Band and The Jerusalem Temple Shriner Dance Band. He has also performed with The Wise Guys Band, and at the New Orleans Jazz and Heritage Festival with blues singer Luther Kent and Trickbag on multiple occasions. He was selected by Rotary International to lead a group of professionals on two four week exchanges to northern Brazil in 1993 and again to Southern Brazil in 2004. As a result, the Sheriff became fluent in Portuguese.

Sheriff Greg Champagne and his wife Alice Landry Champagne have two children - Rochelle C. Fahrig, an assistant district attorney and Gregory Jr., a commercial pilot and deputy tax assessor. They have also been most blessed with three grandsons.