WHY YOU SHOULD BE CONCERNED ABOUT GOOGLE'S WAZE APP

There is NO legitimate reason for Waze to have the police locator feature!

After many requests from law enforcement, Google still has not met with us to discuss our safety concerns; and they can only offer a tremendously weak, if not misleading, safety justification for continuing to have the police locator feature on their Waze app.

Waze spokesperson Julie Mossler says that Goggle thinks deeply about safety and security. FALSE! If Google cared, they would meet to discuss our safety and security concerns. The police locator feature puts law enforcement and the public at risk!

Spokesperson Mossler says, "Most users tend to drive more carefully when they believe law enforcement is nearby." MISLEADING! The police locator feature is a tool for irresponsible drivers to drive less carefully! It allows them to locate – and slow down momentarily when approaching – an officer; then, when the feature lets them know the coast is clear, they can speed up again.

Why Law Enforcement Should Be Concerned:

The Waze app can locate your movement with detailed descriptions and pictures. It becomes public and can be shared with anyone including gang members and terrorist! 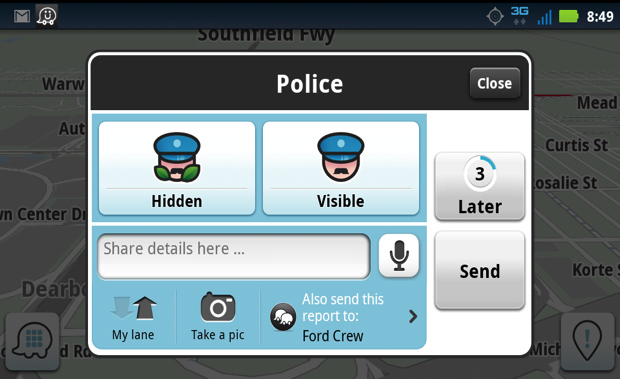 YOUR SAFETY IS AT RISK

Download the Waze app, understand the police locator feature, and protect yourself!

Why MADD, Highway Safety Advocates and the Public Should Be Concerned:

Evidence on social media shows that people who drink and drive use Waze's police locator feature to avoid law enforcement. A drunk driver on the road is a catastrophe waiting to happen. Over 10,000 families are destroyed each year by drunk drivers.

Why the NCMEC and Parents Should Be Concerned:

Google just announced that the Waze app will start scanning for AMBER Alerts, the child abduction alert system project of the National Center for Missing and Exploited Children (NCMEC) that has helped bring 745 children home safely. It is wonderful news that Waze will display live AMBER Alerts on your smart phone; but, there is a dark side - the police locator function! 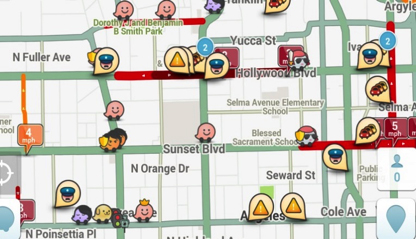 The same wonderful Waze app that could help locate these children and bring them home safely will also be a wicked tool in the hands of the abductor. By using the police locator feature, the abductor can avoid police and law enforcement checkpoints and navigate a safe route out of the area!

In 2014, there were 466,949 entries of missing children in the FBI database; and a 2006 study, showed that 76.2 percent of abducted children who are killed were dead within three hours of the abduction.

Why Would We Give Bad People This Tool?

The facts are clear. It is just a matter of time before we start seeing the dangers that lurk within the Waze app’s police locator feature. A state’s attorney in Florida recently said she sees more and more criminals using technology to perpetrate crimes against people than ever before. Why give criminals one more tool to use against us?