NSA Executive Director and CEO Jonathan Thompson issued the following statement today regarding Congressional legislation that would allow for the importation of prescription drugs. 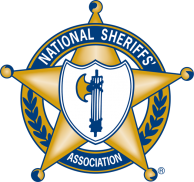 “Sheriffs have been very vocal about their concerns and opposition to drug importation from foreign countries. In fact, NSA, in representation of the more than 3,000 elected Sheriffs across the United States, sent a letter to President Trump on August 8, 2018, requesting that the “Administration carefully weigh the potential harmful impact of drug importation on public safety and public health; and…take drug importation off the table of consideration.”

In that letter to the President, NSA noted that:

CEO Thompson reiterated today that “NSA opposes any legislation that further exposes the United States to counterfeit and adulterated medications from illegitimate foreign pharmacy websites and criminal organizations. Given the current crisis already faced by law enforcement with illegal drugs and the abuse of prescription drugs, now is the not the time for the enactment of drug importation legislation that would only exacerbate that crisis in public health and safety.”